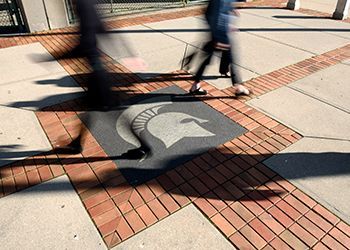 VERN SCHOOLEY, ’61 (Engineering), received the A. Sherman Christensen Award at the U.S. Supreme Court for his exceptional leadership to the American Inns of Court association. Schooley was recognized for his work at the state and federal level in promoting ethics, civility and excellence in the practice of law.

KAREN A. BOSCH, ’70 (Education), and her daughter Morghan Bosch, have published “Being Charley: Embracing Differences,” the story of an autistic Canada goose unlike his siblings. The children’s book conveys a message of understanding and accepting differences.

KEITH S. YODER, M.A.T. ’72, Ph.D. ’74 (Both in Natural Science), professor of plant pathology in the College of Agriculture and Life Sciences at Virginia Tech, has been conferred the title of professor emeritus by the Virginia Tech Board of Visitors. A member of the Virginia Tech faculty since 1976, Yoder made significant contributions to the tree fruit industry in Virginia and across the nation through his scholarship on integrated disease and orchard management strategies.

FAY L.  LOOMIS, ’73 (Arts and Letters, Honors College), M.A. ’75 (Arts and Letters), had her creative nonfiction essay “Traveling with the Sphinx” published in Kaleidoscope magazine, issue 80, “Winterscapes.” A pioneer in the genre of disability literature and fine arts, the magazine expresses the experiences of disability from the perspective of individuals, families, friends, caregivers and health care professionals.

GARY SCHARRER, ’74 (Communication Arts and Sciences), has published “Connecting Texas,” a look at the evolution of the national road system and infrastructure that allows millions of people to make their daily commute.

CHARLES BATES, ’75, MLIR ’77, M.A. ’14 (All in Social Science), was recently honored by Martindale-Hubbell for his 30 years of service as an attorney to Washington state communities and organizations. Martindale-Hubbell publishes a law directory that provides background information on U.S. lawyers and law firms.

ALAN S. GOROSH, ’75 (Social Science), J.D. ’78 (Law), was recognized by Dbusiness Magazine as the Top Corporate Counsel in the Automaker category for 2020. Gorosh is the managing counsel for Ford Motor Company.

PAULETTE B. SHARKEY, ’75 (Arts and Letters), has published her debut picture book “A Doll for Grandma: A Story about Alzheimer’s Disease,” about a young girl adjusting to the changes that dementia has caused in her grandmother.

EDWARD P. MCKENNA, ’81 (Business), published his first novel “The Query,” a thriller about a self-centered literary agent named Herb Keller who has a reputation for sending cruel rejection letters to aspiring authors, only to receive his own rejection letter from an unknown captor who locks Keller in his own home.

BARBARA GOTHARD, Ph.D. ’82 (Education), recently exhibited her “Renge Series” at the Asher Grey Gallery in Joshua Tree, California. Gothard’s series is influenced by the Buddhist traditions of T’ien-t’ai in China and Nichiren Daishonin in Japan. The work visually explores the simultaneity of cause and effect symbolized by flowers that seed and blossom in muddy water.

TIMOTHY HANNA, ’82 (Agriculture and Natural Resources), the area president of RPS Regency in Lansing, received the Michigan Restaurant & Lodging Association’s Distinguished Service Award—the highest honor awarded by the association. In the preceding three decades, he helped create the Michigan Restaurant & Lodging Fund, a self-insured group that has grown to nearly 1,000 restaurant and hotel members and returned more than $84 million in premiums.

MARY ELLEN JONES, ’82 (Agriculture and Natural Resources), was appointed to the Airlink Board of Trustees. Airlink is a nonprofit relief organization focused on mobilizing the aviation industry to ensure assistance reaches communities affected by disasters and other humanitarian crises around the world. Jones is vice president of Asia-Pacific sales for Pratt & Whitney. Her experience includes other leadership positions with the company and management of Pratt & Whitney operations at Airbus headquarters in Toulouse, France.

SCOTT A. MAGGART, ’86 (Communication Arts and Sciences), has been promoted to principal at SmithGroup’s Detroit office. SmithGroup is one of the world’s preeminent integrated design firms. Working across a network of 15 offices in the U.S. and China, a team of 1,300 experts is committed to excellence in strategy, design and delivery.

MICHAEL N. ROVNER, ’87 (Communication Arts and Sciences), retired as design editor of the Honolulu Star-Advertiser, a position he previously held at the Honolulu Star-Bulletin, culminating a 30-year career with two of Hawaii’s largest newspapers. Rovner is the winner of several Society for News Design awards and multiple Hawaii Publishers Association awards for design excellence.

BRIAN RENER, ’88 (Engineering), has been named the mission critical leader of SmithGroup, a leading integrated design firm. Rener will work to enhance the firm’s position as a national leader in the design and delivery of data centers and high-performance computing facilities. Prior to joining SmithGroup in 2014, Rener led mission critical projects for clients including Massachusetts Institute of Technology, University of Pennsylvania and Microsoft.

HUNTER FONDA, Ph.D. ’90 (Natural Science), has been appointed assistant professor of science at Columbia-Greene Community College, instructing general chemistry, physics and fundamentals of agribusiness. With an extensive background in both science and agriculture, Fonda also provides a wealth of experience to the community at large.

MARGARET S. BOWER, ’91 (Arts and Letters, Honors College), has been promoted to associate principal at PSA-Dewberry and is a planner with the Justice Architecture group. Bower’s experience includes managing and conducting planning studies focused on criminal justice and other civic buildings, including long-term space needs assessments and forecasts, architectural space programming for new and renovated facilities, and development of long-term strategic scenarios for space and capital resource use. Bower is a member of the American Institute of Certified Planners.

KAREN POLKINGHORNE, ’91 (Agriculture and Natural Resources), has been promoted to chief commercial officer of Network Partners, a staffing firm based in Warsaw, Indiana, specializing in the medical device and pharmaceutical industries. Polkinghorne leads Network Partners’ sales and marketing efforts, creating critical connections between the company’s community of experts and its clients.

JULIAN G. POSADA, ’91 (Agriculture and Natural Resources), is the new chief operating and enterprise officer of The Resurrection Project in Chicago, Illinois. The Resurrection Project aims to build relationships and challenge people to act on their faith and values to create healthy communities through organizing, education and community development. TRP works to revitalize low-income communities on Chicago’s Southwest side.

BRADLEY BOYER, ’92 (Business), was recently elected chair of the board of the Epilepsy Foundation based in Landover, Maryland.

SCOTT A. WOLFSON, ’92 (James Madison), has been inducted as a fellow to the American College of Bankruptcy, an honorary association of bankruptcy and insolvency professionals that plays a role in sustaining professional excellence in the field. Wolfson is one of 31 fellows in the college’s 2020 class, which includes three federal judges and three U.S. and international professors. He is the only inductee this year from Michigan.

WILLIAM L. EISELE, ’93, M.S. ’94 (Both in Engineering), an expert in mobility analysis and urban freight transportation at Texas A&M Transportation Institute, was recognized for his work with the Urban Freight Transportation Committee. He received a Blue Ribbon Committee Award for excellence in research at the 2020 Transportation Research Board Annual Meeting.

PAUL D. ROSENBERG, ’93 (Social Science), has stepped down as chairman and CEO of Def Jam Recordings to launch Goliath Records, a joint venture with Universal Music Group. Rosenberg will continue to serve as a consultant to Def Jam and remain president of Shady Records, Eminem’s joint venture with UMG’s Interscope Geffen A&M.

TIMOTHY W. HOOVER, ’94 (Social Science, Honors College), partner at Hodgson Russ LLP, has been installed as president of the New York State Association of Criminal Defense Lawyers for 2020. Established in 1986, the group is a statewide association of criminal defense lawyers responsive to the needs of both private practitioners and public defenders. Hoover is a white- collar defense attorney with extensive trial, appellate and grand jury experience in federal and state courts.

ZACHARY A. GORCHOW, ’98 (James Madison), was named executive editor and publisher of Gongwer News Service. Gorchow manages the company’s Michigan operations and leads reporting on the governor’s office. He was Gongwer’s editor from 2009-19. He also covered the Michigan House of Representatives for Gongwer from 1998-2005. In 2015, he made The Washington Post’s list of the best state political reporters in the U.S. The news service aims to provide independent, comprehensive, accurate and timely coverage of issues in and around Michigan state government and politics.

CHELSEA HARING-COZZI, ’98 (James Madison), MPA ’01, Ph.D. ’08 (Both in Social Science), was selected as a judge for the United Way of Central Indiana’s 2020 ELEVATE Awards. The honorary role requires a strong understanding of central Indiana, demonstrated working knowledge and accomplishments in areas of community impact, and a passion for service in various areas ranging from volunteerism to board membership.

KIMBERLY MAYNARD, ’02 (Arts and Letters, Honors College), has been elected partner of Frankfurt Kurnit Klein + Selz, PC in New York, New York. Maynard is now a partner in the firm’s trademark and brand management as well as its litigation groups.

JAMELL D. WILLIAMS, ’02 (Communication Arts and Sciences), has been promoted to enterprise liaison for LAFCU, where he will manage corporate initiatives that strengthen the credit union and foster superior member service. Chartered in 1936, LAFCU is a financial cooperative open for membership to anyone who lives, works, worships or attends school in Michigan and to businesses and other entities in the state.

LANA ZOET, ’06 (Agriculture and Natural Resources, Honors College), has been appointed to lead SmithGroup’s Higher Education studio, operating out of the company’s Madison and Milwaukee, Wisconsin, offices. Zoet will collaborate with multidisciplinary experts locally and across the firm’s higher education and campus planning groups to create sustainable, future-focused spaces for college and university clients in Wisconsin and throughout the Great Lakes Region.

SARAH NIRENBERG, ’09 (James Madison, Honors College), has joined Butzel Long law firm in Bloomfield Hills, Michigan, as an associate attorney. Nirenberg specializes in representing employers for litigation in all areas of employment law, including statutory claims under federal and state law for discrimination, harassment, retaliation and payment of wages.

JOSEPH B. GALE, ’10 (Business), has joined Foster Swift law firm’s Southfield office as an associate attorney in the general litigation practice group. He focuses on general civil litigation and all aspects of first- and third-party no-fault litigation.

ALETHIA KASBEN, ’12 (Communication Arts and Sciences), has been promoted to managing editor of Gongwer News Service. Kasben leads Gongwer’s overall news coverage and heads up reporting coverage of the Michigan House of Representatives as well as the marijuana industry. Gongwer covers state government and politics in Michigan.

TYLER V. CAMPBELL, D.O. ’13 (Osteopathic Medicine), has joined Rhode Island Medical Imaging (RIMI) as a radiologist. He becomes part of RIMI’s team of more than 80 specialized radiologists working across its network of 13 private locations as well as within six Rhode Island hospitals and another in Massachusetts.

CLAIRE KUHN, ’13, M.S. ’14 (Both in Business), has received the Market Research Everyday Hero Award in honor of her extensive volunteer work with the New York Cares organization. Kuhn has completed nearly 300 projects, concentrating on planning enrichment programs for teens and adults diagnosed with Down Syndrome.

BENNIE FOWLER, ’14 (Social Science), recently published “Silver Spoon: The Imperfect Guide to Success.” His first book tackles adversity and the tools needed to rise above it. Fowler, a member of both the 2014 Rose Bowl and Super Bowl 50 games, dispenses some of his own methods, while also leveraging the knowledge of some other well-known Spartan athletes.

KATHERINE R. DEYOUNG, ’16 (Music), a mezzo-soprano, was announced as a 2020 National Semifinalist in the annual Metropolitan Opera National Council Auditions. For over 60 years, the annual competition has helped launch the careers of countless young singers, including some of opera’s greatest stars.