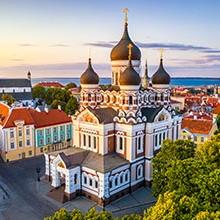 Bask in the beauty of the Baltic's on this 12-night cruise aboard Oceania Cruises’ Marina. From England to Denmark and everywhere in between, this trip will lead you through secret tunnels, into towers and turrets, and behind the scenes in some of the world’s most fascinating towns. Begin your tour in London and make your way to Gothenburg. Browse maritime artifacts in Kiel and in Karlskrona, explore a Soviet submarine. See iconic Swedish landmarks, such as the Royal Opera House, as you traverse the watery, urban wonderland that is Stockholm. Meander through an open-air market in Helsinki and underground passageways in Tallinn. Walk the cobbled streets of Visby or kayak down a calm Lithuanian river in Klaip?da. Before ending in Copenhagen, unwind at the Gdynia Beach.