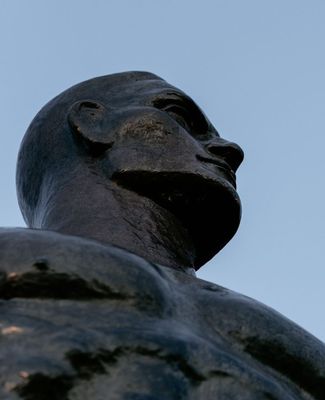 ESSEX E. FINNEY JR., Ph.D. ’63 (Agriculture and Natural Resources), has received the Biosystems and Agricultural Engineering Distinguished Alumni Award from Michigan State University College of Engineering. Finney served as associate administrator, Agricultural Research Service (ARS) for the U.S. Department of Agriculture (USDA) and was acting administrator from 1993-94. ARS is the principal research agency for USDA. He was also a senior policy analyst in Washington, D.C., in the Office of the Science advisor to the president from 1980-81.

BOB PETTAPIECE, ’63, ’67 (Both in Arts and Letters), has retired from Wayne State College of Education and joined the board of Population Connection, a national grassroots population organization that educates young people and advocates for progressive action to stabilize the world population at a level that Earth’s resources can sustain.

SAL P. RESTIVO, M.A. ’66, Ph.D. ’71 (Both in Social Science), recently published “Inventions in Sociology: Studies in Science & Society,” a textbook presenting a collection of old and new essays exploring Restivo’s unique contributions to the sociology of science, mathematics, logic, robotics and the brain.

ALLAN HODGES, ’67 (Social Science),?is serving as president of Beacon Hill Village, a virtual community of 350 older adults who live in central Boston and wish to “age in place” in their own homes and neighborhoods.

MARCELLETTE G. WILLIAMS, ’68, M.A. ’70, Ph.D. ’81 (All in Arts and Letters), was recently honored by UMass Amherst with an honorary doctorate of Public Service in recognition of 25 years of service to the University of Massachusetts.

JOHN WILKENS, ’69 (Engineering), has received the Red Cedar Circle Award in Chemical Engineering and Materials Science from Michigan State University College of Engineering. Wilkens is the chief executive officer for Woundchek Laboratories (WCL), a company specializing in developing and commercializing diagnostics for the wound care field of medicine. WCL is the first and only company to launch point-of-care diagnostics to assist caregivers in identifying why a wound may not heal.

N. KEVIN KRANE, ’72 (Natural Science), has stepped down from his position as vice dean for Academic Affairs at Tulane University School of Medicine, a position Krane held from 1994-2022. During this time, Krane received almost every major teaching award from the School of Medicine, Tulane University and the American Association of Medical Colleges.

MICHAEL T. VYNALEK, ’75 (Business), was elected to serve as chair of the Ohio Bankers League’s (OBL) board of directors in 2022. Comprised of bank executives from across the state, the OBL board serves as the governing body for the professional trade association representing all Ohio banks and savings institutions. Vynalek is the president and chief executive officer of Citizens National Bank of McConnelsville, Ohio.

SCOTT NIXON, ’81 (Business), was inducted as a fellow of the American College of Trial Lawyers. The American College is recognized as the preeminent organization of trial lawyers in North America, dedicated to maintaining and improving the standards of trial practice, professionalism, ethics and the administration of justice.

MARCIA L. LAMPELA, ’84 (Engineering, Honors College), has received the Mechanical Engineering Distinguished Alumni Award from Michigan State University College of Engineering. Lampela is the site manager for the Discovery Partners Institute at the University of Illinois System in Chicago. Lampela has advocated for women in STEM throughout her career. She is a longtime supporter of the Society of Women Engineers (SWE) and was named a fellow in 2008.

MICHAEL W. LAMACH, ’85 (Engineering), has received the Claud R. Erickson Distinguished Alumni Award from the Michigan State University College of Engineering. The Erickson Award is the highest honor presented to an alumnus by the college. It recognizes professional accomplishment, volunteer service and distinguished service to the college and the engineering profession. Lamach led Trane Technologies, a global climate innovator, for 12 years. As CEO, he transformed Trane Technologies from a diversified industrial manufacturing company, formerly Ingersoll Rand, to an industry-leading climate company with consistent top-tier financial and ESG performance.

XIAN-HE SUN, M.S. ’85 (Natural Science), M.S. ’87, Ph.D. ’90 (Both in Engineering), has received the Computer Science and Engineering Distinguished Alumni Award from Michigan State University College of Engineering. Sun is a University Distinguished Professor and the Ron Hochsprung Endowed Chair of Computer Science, and former chairperson of the department of computer science at the Illinois Institute of Technology. He is a prominent scholar in high-performance computing (HPC), with expertise in computer system software, architecture and performance modeling.

WADE E. HIGGASON, ’87 (Social Science), recently retired from the Livonia Police Department after 33 years in law enforcement. For the past 15 years, Higgason was assigned to the Michigan State Police Internet Crimes Against Children Task Force as a computer and cell phone forensic examiner. Higgason was also assigned to the FBI’s Southeastern Michigan Trafficking and Exploitation Crime Task Force as a task force officer, performing computer and cell phone examinations.

BRIAN O’CONNOR, ’91 (Communication Arts and Sciences), has completed his sixth and final year on the ComArtSci Alumni Advisory Board, including a two-year term as president. During his tenure, O’Connor served on the Development Committee, chaired the Student/Alumni Engagement Committee, and served as an executive committee member.

ANDREW G. HILL, M.A. ’93 (Education), recently retired from international education. Before retirement, Hill was head of Schooling of ERV Ecole Ruban Vert in Gabon, Africa. Hill has returned to his home in the UK after over 40 years abroad.

CHARLES MACON, ’93, M.S. ’98, Ph.D. ’01 (All in Engineering), has received the John D. Ryder Electrical and Computer Engineering Alumni Award. Macon is a principal electronics engineer at the Air Force Research Laboratory (AFRL) at Wright-Patterson Air Force Base, Dayton, Ohio. He oversees the research and development of advanced technologies to improve the survivability of the nation’s fielded and next-generation warfighting forces.

JASON NAPOLITANO, ’95 (Engineering), has received the Applied Engineering Sciences Distinguished Alumni Award from Michigan State University College of Engineering. Napolitano has been with Altair Engineering for nearly 27 years in management, sales and technical support positions. Today he is responsible for overseeing sales, support and operations for Altair’s business throughout the Americas as senior vice president.

MICHAEL WARDIAN, ’96 (James Madison), recently raised over $100,000 for WorldVision clean water projects by running the entire length of the United States. Wardian, an international shipping broker and ultra-marathon runner, completed his trek in 62 days, joining a group of fewer than 400 people known to have crossed the U.S. by foot.

ISAAC PERRY, ’00 (Arts and Letters), has received the Green Apple Teaching Award from Michigan State University College of Engineering. Perry successfully implemented a computer science education program at Lakeland High School in White Lake, Michigan, and teaches AP-level classes that include AP English Language and Composition, AP Computer Science Principles and AP Computer Science A. Perry was nominated for the Green Apple Teaching Award by Ken Michalak, who graduated in May 2022 with a bachelor’s degree in computer science.

GLORIA NIXON-JOHN, Ph.D. ’01 (Arts and Letters), recently published “The Dark Safekeeping,” a collection of poems inspired by the natural world.

DOUG ROGINSON, ’01 (Business), was recently featured in a press release highlighting the launch of a Diverse Supplier Grant Initiative, sponsored by JPMorgan Chase & Co. As the architect and director for the grant initiative, Roginson’s vision is to help lower common financial barriers that diverse-owned businesses experience when seeking to compete and earn contract opportunities with large corporations.

MICHAEL P. MCCAY, ’02 (Communication Arts and Sciences), was promoted to assistant vice president and executive director of the University of Tennessee Alumni Association.

MASAKI TAKAHASHI, ’12 (Communication Arts and Sciences), has been selected as the next Lansing region poet laureate by The Lansing Economic Area Partnership (LEAP)and the Residential College for Arts and Humanities (RCAH) Center for Poetry at Michigan State University. As poet Laureate, Takahashi will engage the tri-county region in the literary arts. Takahashi is well-known for being the founder and host of The Poetry Room Open Mic, established in 2017 at The Robin Theatre.

BETHANY L. KOGUT, ’18 (Education, Honors College), recently began working with EarthGen in Seattle, Washington, to bring sustainability education resources to schools and teachers across Washington. She attributes her success in environmental education in New York City and now Seattle to her experiential learning opportunities as an undergraduate student at the Student Organic Farm.

HEATHER E. DOVER, M.S. ’19 (Veterinary Medicine), was appointed president of the Michigan Academy of Nutrition and Dietetics for 2022-23. 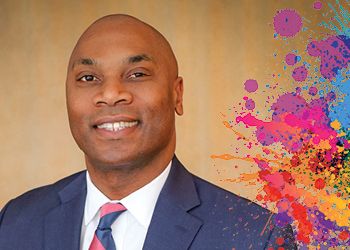 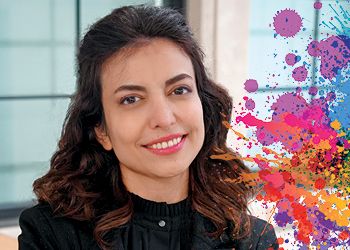 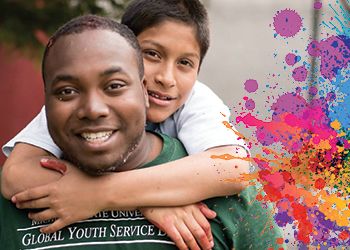