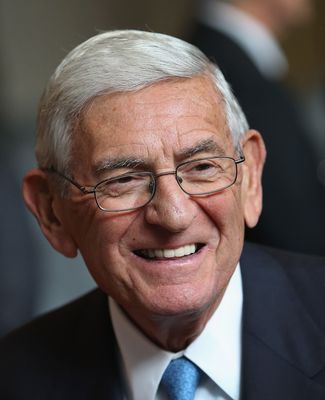 Unreasonable and Unforgettable: The enduring legacy of Eli Broad at Michigan State University

Renowned entrepreneur, philanthropist, MSU alumnus and Detroit native, Eli Broad created an indelible legacy at his alma matter, envisioning and funding projects that have helped to create a better society and will benefit Spartans for generations.

Famously, he once told a class in the Eli Broad Graduate School of Management, “I love to build things.”  He built many remarkable things including: a contemporary art museum in the Midwest, a public college of Business with a passion for innovation, a platform for partnering with public schools and a philanthropic legacy that has inspired many—and that’s just at MSU.

Our entire community is proud to pay tribute to this Spartan who inspired so many of us. We will dearly miss his relentless pursuit of excellence and forward-thinking wisdom.

“I was privileged to get to know alumnus, entrepreneur and philanthropist Eli Broad before his passing April 30, and all our hearts have been with Edythe and the Broad family. He personified excellence from the classroom to the board room and, in his engagement, he embodied what it means to be a Spartan.”

Named one of the world’s most influential people by Time Magazine in 2016, Eli’s successful business career enabled a devotion to philanthropy across the areas of education reform, scientific and medical research, and the arts. Co-founders of The Eli and Edythe Broad Foundation, their $20 million gift in 1991 to the Eli Broad College of Business and the Eli Broad Graduate School of Management—both renamed in his honor—was the largest gift ever received by a public business school at that time and underscores the growing success of the college today. 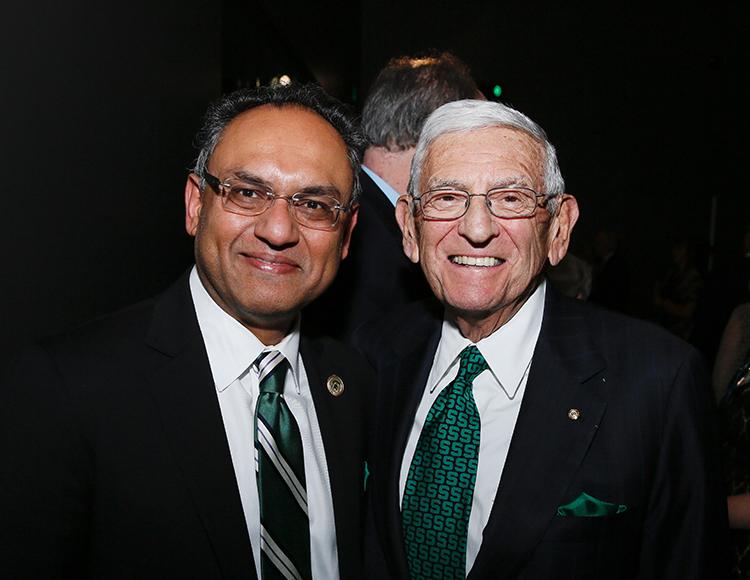 Sanjay Gupta, dean of the Eli Broad College of Business, and Eli Broad meet up at an Empower Extraordinary campaign event in 2017. 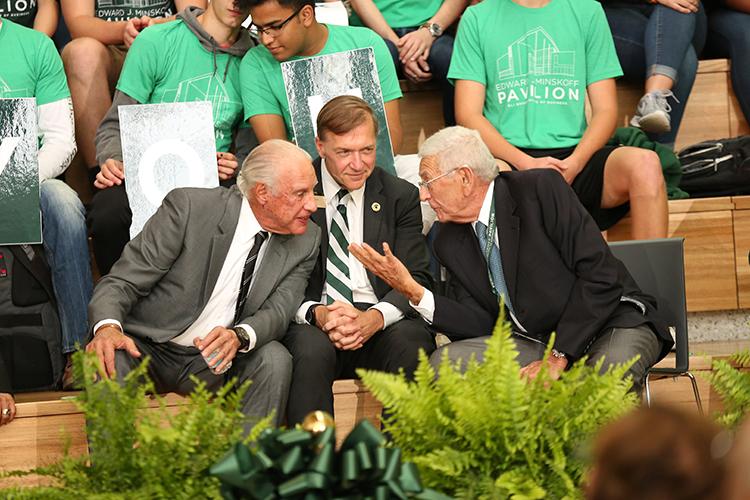 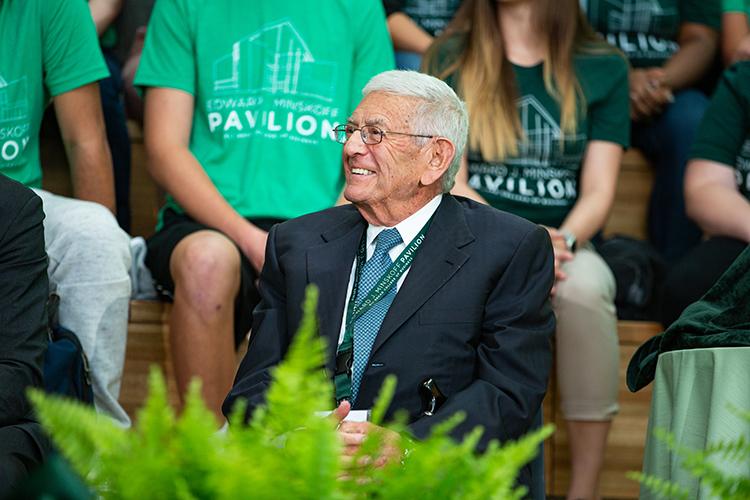 Eli Broad attends the grand opening of the Edward Minskoff Pavilion in the Eli Broad College of Business at MSU. 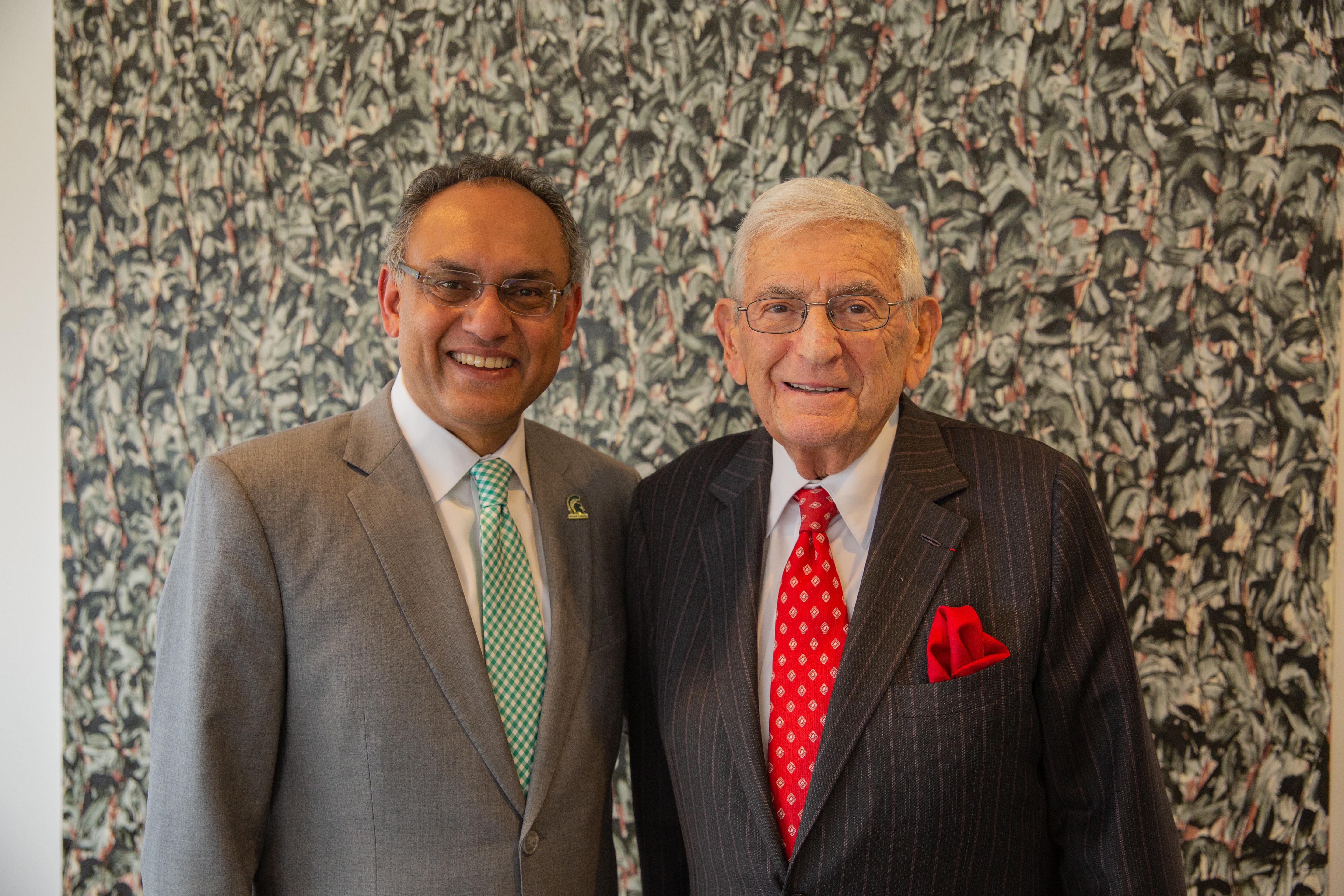 Sanjay Gupta, dean of the Eli Broad College of Business, and Eli Broad in L.A. 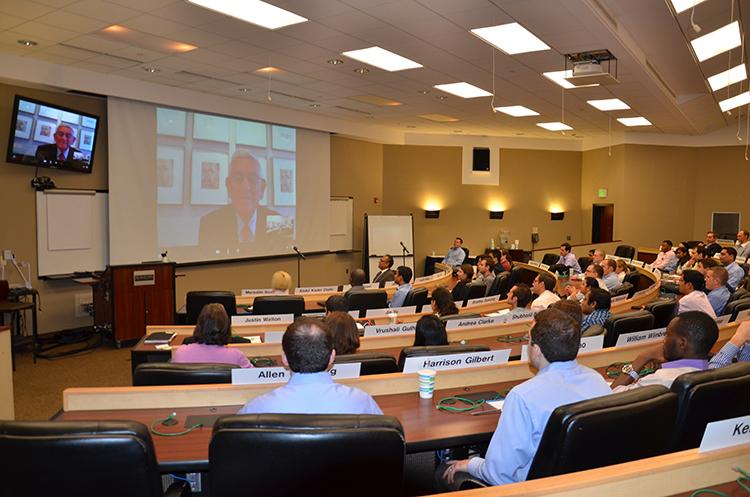 Members of the 2015 class in the Eli Broad Graduate School of Management discuss keys to success in life and business with Eli Broad during a Skype call.

In 2003, the Broads helped develop a new generation of urban schoolteachers with another multimillion-dollar gift, this time to the College of Education, which established the Broad Partnership between MSU and Detroit Public Schools. 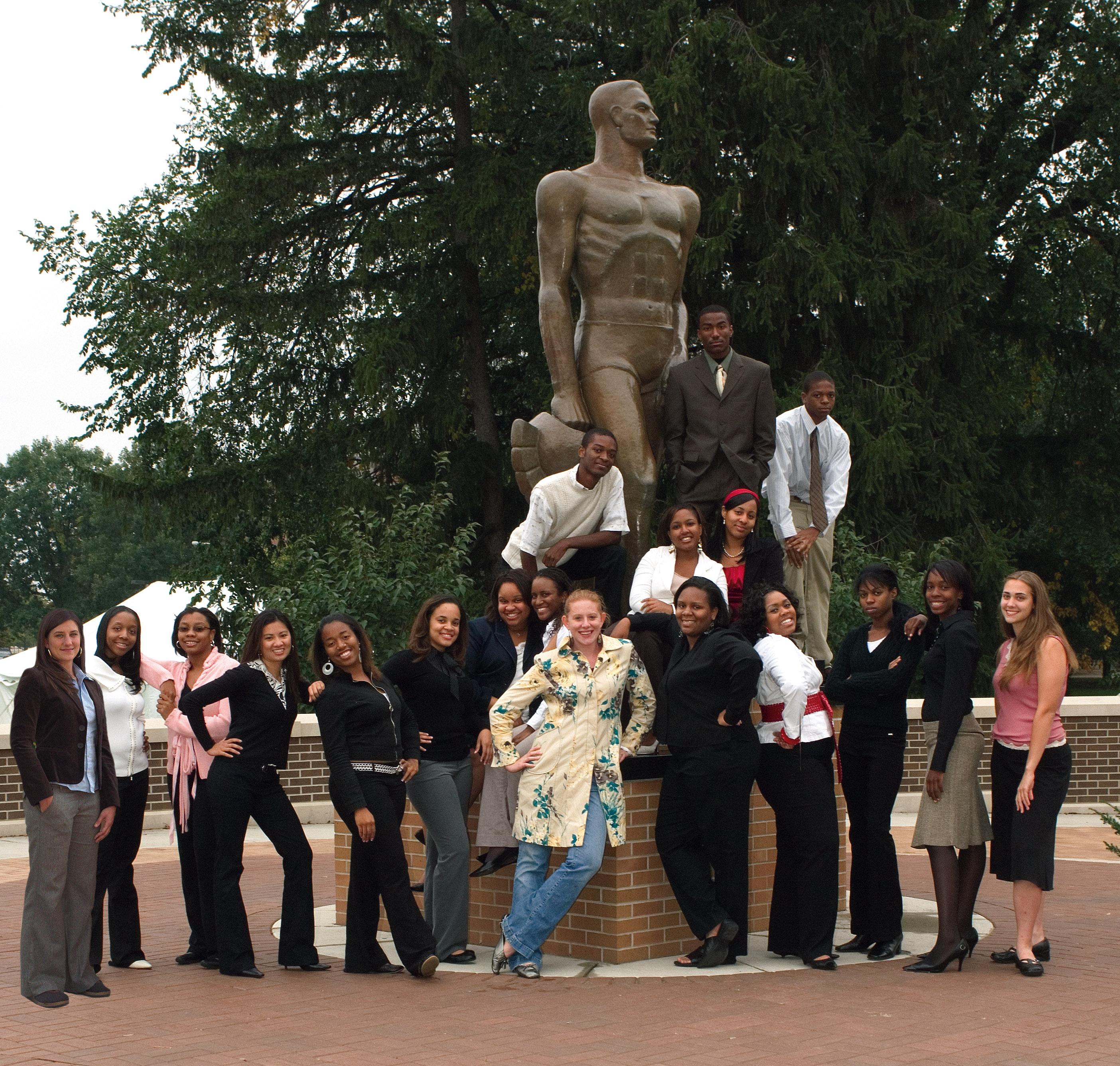 The Broad Scholars, pictured here, were graduates of Detroit Public Schools who received full scholarships while completing the MSU Teacher Preparation Program, in exchange for committing to return to teach in Detroit. These alumni continue to lead outstanding careers as educators, administrators, professors and researchers 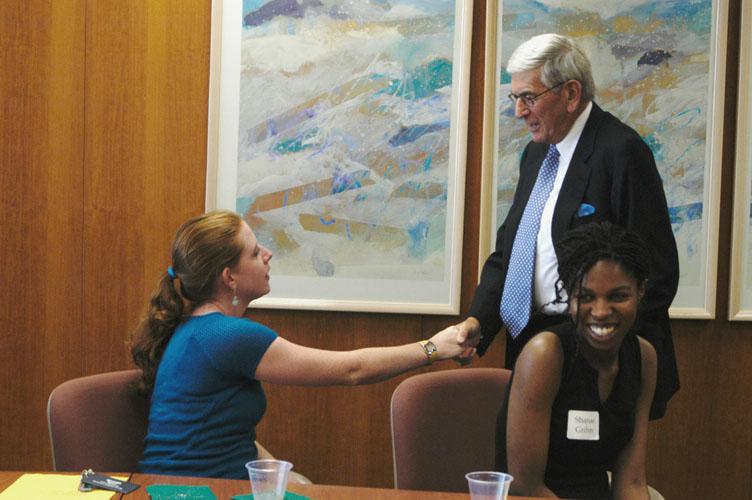 Broad’s $6 million pledge to the MSU College of Education launched a series of programs focused on preparing teachers to improve urban schools. 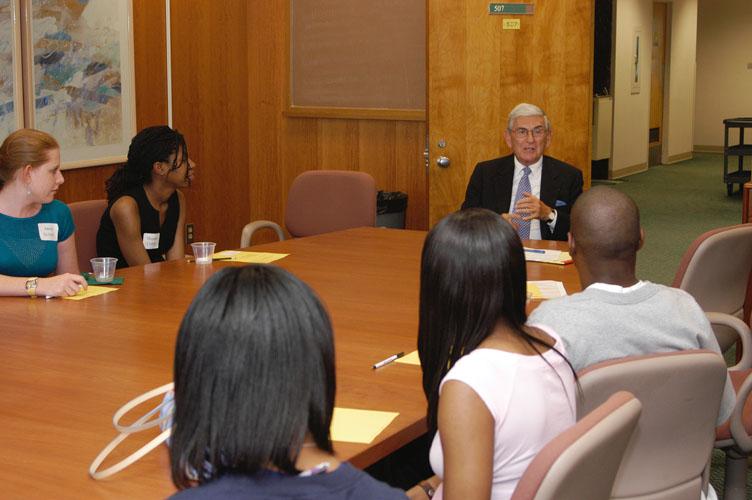 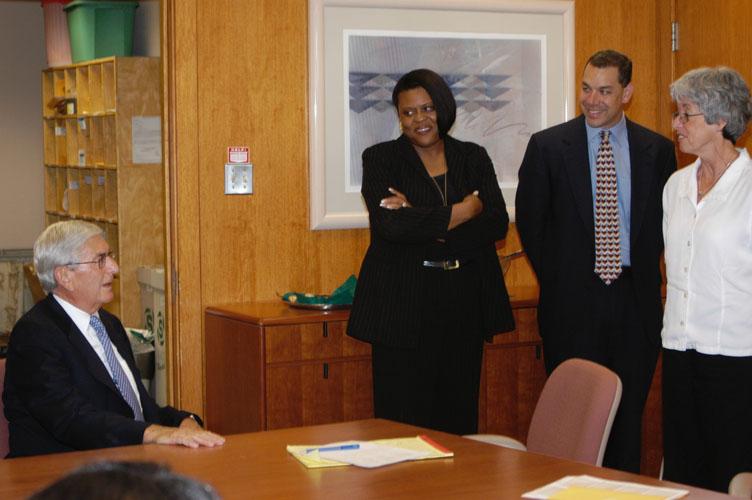 Academic leaders of the Broad Scholars at Michigan State University with Eli Broad.

The Broads’ commitment to build a world-class art museum led to the Zaha Hadid-designed facility on MSU's campus, which opened in 2012. Ten years later, the Eli and Edythe Broad Art Museum at MSU continues to garner international attention while adding mightily to the arts at MSU and throughout the region. 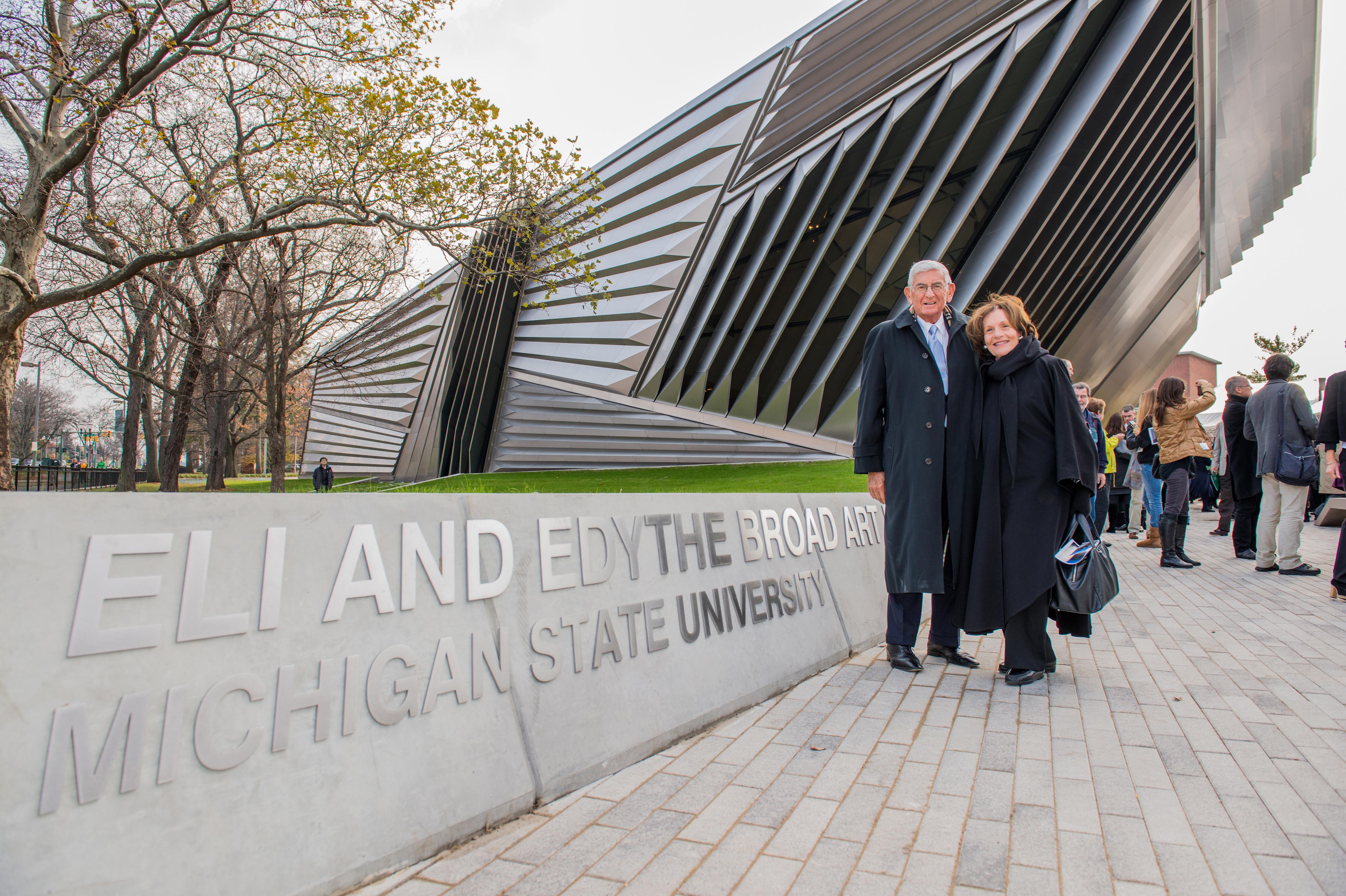 Thanks to the Broads this world-class architectural jewel redefined Michigan State University’s landscape. 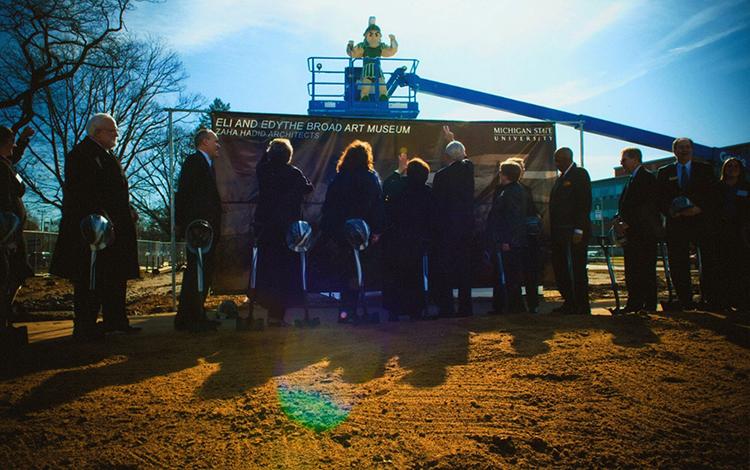 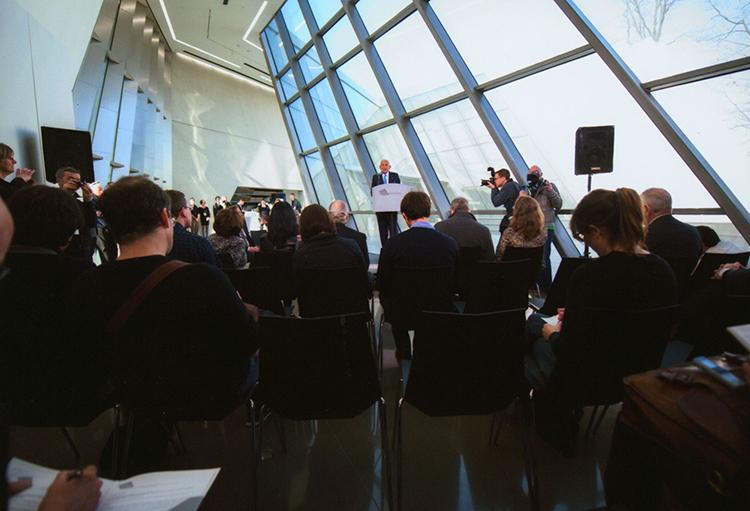 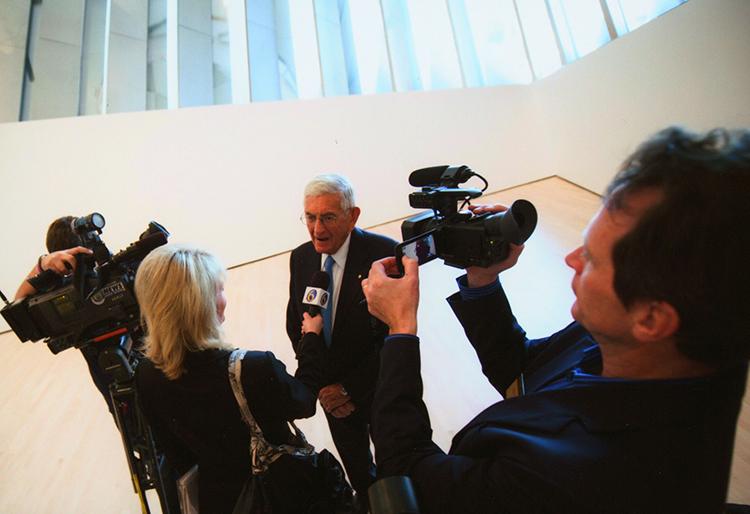 Eli Broad chats with a reporter at the grand opening. 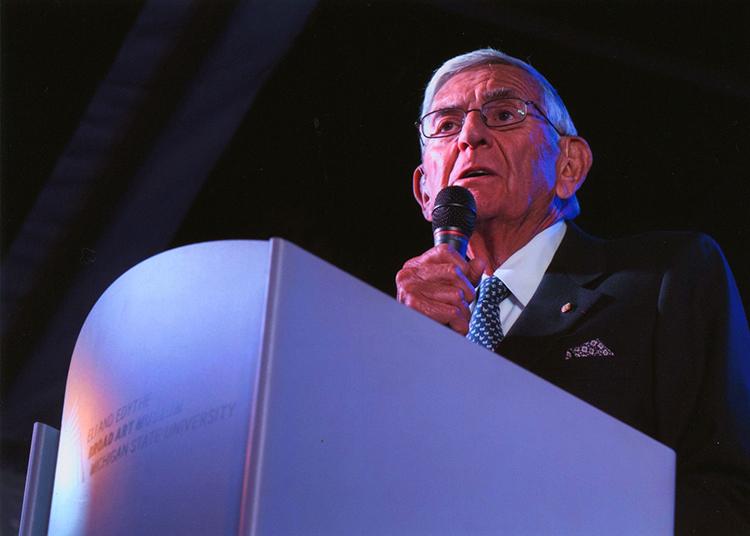 Like other things, Eli saw philanthropy differently too. In 2014 he helped to jump-start MSU’s Empower Extraordinary Campaign with at $25 million challenge gift to inspire others to join him in making a difference.

Collectively, the Broads and their related foundation have given nearly $100 million to Michigan State, making them the largest donors in MSU’s history. 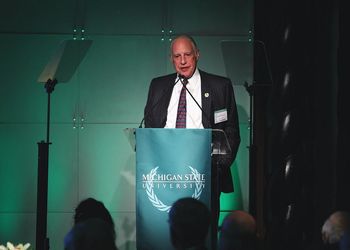 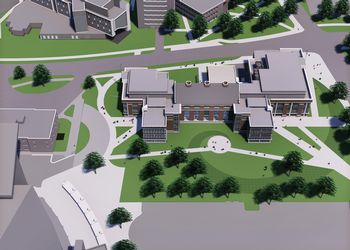 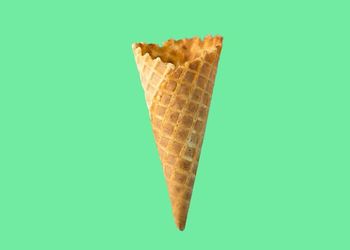