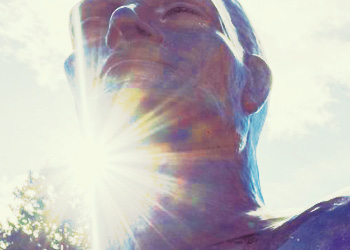 If  business executive Warren Buffett is the “Oracle of Omaha,” then it seems only fair to call Michigan State University alumnus Dan Gilbert the “Dream Maker of Detroit.”
The two men, who are friends, are dyed-in-the-wool American visionaries. While Gilbert is the junior of the two, he’s every bit as ambitious as Buffett. And his plans for Detroit aim to position his city for what could be the biggest comeback story of its kind.
Gilbert is the founder and chairman of Rock Ventures—the umbrella company for his more than 110 real estate and business investments—and majority owner of Quicken Loans, the nation’s second largest mortgage lender, and the NBA’s Cleveland Cavaliers.

He earned his real estate license while working on his bachelor’s degree in communications at MSU. He went on to earn a law degree at Wayne State University and worked part-time at his parents’ Century 21 real estate company.

Gilbert:
No other city in the world offers the opportunities Detroit does. Not one. I believe in the Midwest overall—this is a region with huge assets and even bigger untapped potential. We have big stakes in Cleveland, Cincinnati and Baltimore. But in its current position, Detroit offers the most opportunity. Right here, right now, we’re getting to be a part of the biggest urban comeback story of the modern era.

By starting your career or a company in Detroit, you have the opportunity to directly impact change. Entrepreneurs in Detroit, unlike their peers in other cities, are big fish in a smaller pond and are therefore able to play an active role in the transformation of a great American city.

You’d have to be blind not to see the abundance of opportunity that exists here. There is also an incredible startup scene unlike any other…being fueled by a legacy of innovation, an amazing talent base, world-class universities and the expanding availability of venture capital.

MSU Alumni Magazine:
Can Detroit compete on a national scale in the information technology sector?

Gilbert:
Entrepreneurs can also benefit significantly from Detroit’s low costs compared to other technology hubs throughout the country, its central geographic location and, of course, that Detroit grit and determination you can’t find anywhere else.

In 2010, technology-based startups in Detroit were scarce. Since then, the city has turned into one of the nation’s top tech startup cities. The Madison Block is a new “Start-Up Neighborhood” supported by Google For Entrepreneurs (a global initiative to create support hubs for startups) in downtown. That’s been a catalyst for much of this expansion—with over 55 startups in and around the block.

MSU Alumni Magazine:
How important is it to attract and retain manufacturers—as well as service/IT companies—to ensure Detroit’s success in the coming decades?

Gilbert:
Looking at Detroit historically, we have always been a capital for inventing things, particularly in the manufacturing sector. This manufacturing spirit has found its way into the 21st century and jobs in this field are critical to the rebirth of the city. Overall though, Detroit is changing from the muscle economy of the past to the brain economy of the future. To be successful, Detroit needs a variety of industries in the areas of automotive, manufacturing, entrepreneurship, technology, retail, services and hospitality.

Detroit is becoming the obvious choice for businesses to choose to open up shop. In just five years, Bedrock Real Estate Services has helped attract more than 130 new and innovative businesses to relocate or open for business in downtown Detroit, including Fortune 500 companies, and a variety of retailers, including John Varvatos, and restaurants like the Punch Bowl Social and the Townhouse, all of which are making Detroit a destination for residents and visitors alike.

MSU Alumni Magazine:
You and your companies have certainly been Detroit lifelines. How can the revival of the city’s center extend out to struggling Detroit neighborhoods?

Gilbert:
In terms of overall urban redevelopment, it is natural for it to start in the downtown core and then expand into the surrounding area. We continue to be all in for Detroit, starting with downtown, as well as our work in the neighborhoods, with philanthropy and new neighborhood developments like Brush Park, a historic neighborhood that connects downtown Detroit to Midtown. This partnership, which we announced a few months ago, is the first new-from-the-ground-up neighborhood development project that has taken place in decades.

MSU Alumni Magazine:
What do you believe needs to occur in and around Detroit to attract and retain the best young professionals—despite the allure of other U.S. cities?

Gilbert:
In order to attract the brightest and best students coming out of top universities, we need to show them that there are plenty of resources here for capital, mentorship and access. You don’t need a Silicon Valley zip code to launch an impactful technology-driven company, and history will show Detroit is the place for innovation and entrepreneurship to take flight.

Our intern initiative is a commitment we made to attract and retain local talent and to stop the migration of graduates to other urban centers outside the state of Michigan. For the past few summers, we’ve had more than 1,300 paid interns from across more than 200 universities working throughout our family of companies.

We received more than 20,000 applications this year, which is proof that young people from all over the country are choosing to spend their summers in Detroit because they want to be a part of this story. Detroit is an easy sell to a lot of young graduates simply because each one of them is playing a significant role. When we give them a taste of our culture and what Detroit has to offer, they are our best ambassadors, and it is a win-win for all involved. Speaking competitively and comparing to other large cities, you can’t measure that on a spreadsheet. 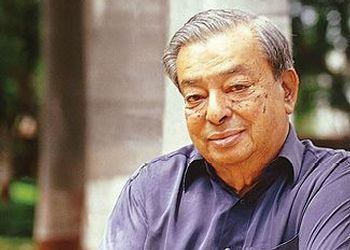 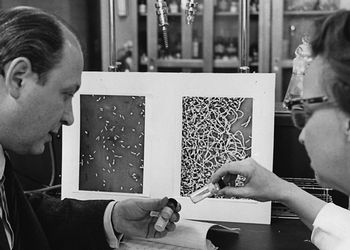 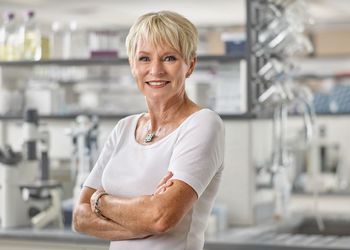