The hunting and poaching of black rhinoceroses have resulted in one of the most dramatic population declines of these free-ranging animals. In fact, wild black rhinoceros populations decreased by more than 95% between 1960-1995, according to international conservationists. 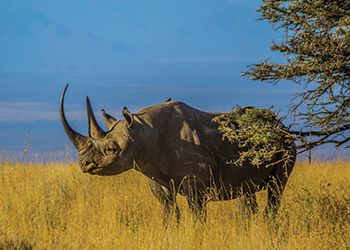 There are only 54 eastern black rhinos in the care of zoos accredited by the Association of Zoos and Aquariums. Zoos allow opportunities to study black rhinoceros and elucidate many critical pieces of information on black rhino reproduction, which may play a role in helping to save these impressive animals from extinction. Potter Park Zoo is honored to be able to help save these creatures.

Each successful black rhinoceros birth is a step toward helping to save this amazing species. 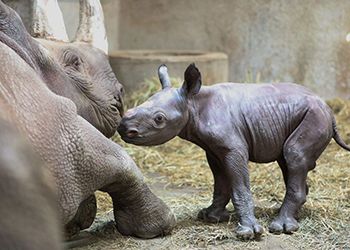 Dr. Ronan Eustace, MSU College of Veterinary Medicine, shares how zoos are critical in protecting black rhinos who are at risk of extinction.